SafeTruth makes use of two innovative technologies, Blockchain and NFC Smart Tags, to guarantee product quality certifications and counter the growth of the counterfeit goods market, restoring value to the original production. 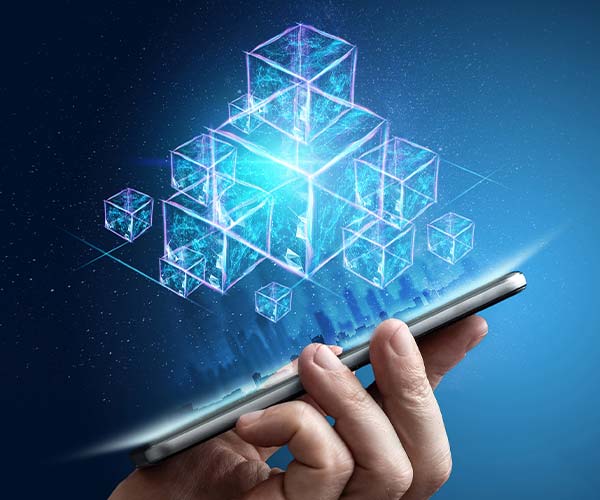 The Problem | According to EUIPO, in 2015 the value of "lost sales" due to the counterfeiting of goods in the footwear and clothing industries reached € 26.3 billion in Europe. The products most affected by counterfeiting worldwide are footwear and clothing, followed, according to the data reported by OECD for the year 2016, by leather goods, electrical equipment, watches, medical devices, perfumes, cosmetics, toys, jewelry and drugs.

Solution | SafeTruth is a digital platform capable of defending the value of original production, restoring the value gap between fakes and authentic goods, distinguishing the latter on the market. How is it possible to distinguish authentic goods with certainty on the market? Through the dedicated App, SafeTruth is able to guarantee the originality certification of the products returning the right value to the manufacturer of original goods. Moreover, the final consumer has the opportunity to make a more informed choice.

Benefits | SafeTruth brings innovation in the information flow between the manufacturer and the end customer by creating a shared advantage: the manufacturer can report the originality of its products and the final consumer consequently makes a more conscious and informed choice of consumption, being able to simply and quickly distinguish authentic goods from counterfeit ones. The result of this sinergy is expressed in combating the phenomenon of counterfeiting.

Technologies | SafeTruth uses two technologies. Through a few simple steps, manufacturers record information about the product they exchange with retailers and customers on a Near Field Communication (NFC) smart tag. NFC technology enables bidirectional data exchange between two devices without the need for a wired connection. The product equipped with an NFC smart tag can be scanned with the SafeTruth app in order to receive a complete and certain product information sheet. How can you be certified that the information sheet uploaded by the manufacturer will not be altered by third parties and will be shared among many users safely? SafeTruth provides a log of product information on a Blockchain Ethereum network. Blockchain is an innovative technology that provides through a shared, distributed and encrypted register the non-modifiability of the information provided in the register.

Blockchain, Opportunities and Threats | Blockchain is an emerging technology among Information and Communication Technologies (ICT). According to the NetConsulting cube, the Italian Blockchain market in 2018 was worth 20 million euros. In 2016, the growth rate was 88.2% and in 2017 25%. The market value for the Blockchain expected for 2021 is 67 million euros with a growth rate of 67.5%. Although most projects are still in the testing phase, awareness about the potential of the Blockchain is growing among companies. A 2019 NetConsulting cube study shows that in Italy 33% of companies in the fashion and luxury sector recognize in the Blockchain a good opportunity for business. At the moment, the lack of clear and unambiguous regulation for Europe is the most daunting factor for the development of Blockchain projects. PwC announces that regulatory uncertainty is the world's first motivational barrier to blockchain adoption for the next five years.

Active projects of blockchain in the world | SafeTruth is driving Blockchain innovation applied to the Supply Chain in Italy. The technological maturity (TRL) of the SafeTruth project is high compared to the average of the projects active on the national territory. Worldwide, among the most advanced projects for technological maturity, there is TradeLens, a platform developed by IBM and Maersk that applies the Blockchain to the port reality, connecting port operators to different intermediaries in the world. Another interesting project that has achieved a good TRL is VeChain. VeChain aims to guarantee the certification of authenticity in the luxury sector. Today VeChain works to apply its Blockchain-based solution also for the automotive industry, for the control of CO2 emissions and for the wine industry. Another interesting reality is that of Provenance, a platform designed to share the main product information and enable traceability. In 2016 Provenance launched a pilot project in Indonesia for the traceability of consignments of fishery products. Blockchain is often applied to high value product industries, such as Everledger, which uses Blockchain to create a digital, secure and permanent record of the origin of diamonds. Other industries that Everledger will focus on in the future will be the luxury, wine and art industries.

Blockchain, Feasibility and Future | The supply chain is not the only area that could be revolutionized by the blockchain. Traditional transactions may no longer require the presence of trusted third parties (such as banks) and could be based on cryptocurrencies, or virtual currencies, thus transforming the financial sector. Green production through renewable sources could finally be traceable and verifiable at any time. The healthcare sector could boast a protected and direct information flow between patients and predisposed organs. What makes this technology still an opportunity is certainly the regulatory difficulty encountered, but the trend towards an alignment of international legislation is encouraging. Furthermore, the reduced knowledge and information with respect to this technology does not favor the study and use even at the level of mere application opportunity for the majority of companies. The skepticism linked to the Blockchain is still rooted and widespread among CTOs because it is often difficult to coordinate the different stakeholders and to convince the parties to cooperate and share critical information. A question therefore remains open: will the Blockchain settle cautiously into the business realities and then quickly break in and innovate any other context or will it remain a technology with high potential, but forgotten? An innovative challenge with a global reach requires real, valid and integral effort and cooperation in response.